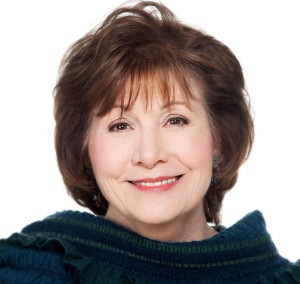 Patricia Cannon Childs graduated from the Eastman School of Music with Highest Honors, with a major in Voice Performance, and a foreign language minor, with further private vocal study in New York City.
After a national tour with the Broadway show Company, she migrated to Nashville, TN, where she has enjoyed a highly successful career in radio, television, and recording.
Translating her skills to production and direction, she has won numerous awards, including a prestigious AUDIE award for Too Dead to Swing, an audio-play with original Swing music.
In Nashville, Los Angeles, New York, London, and on location, she has directed such name narrators as Ben Kingsley, Lynn Redgrave, George C. Scott, and Walter Cronkite, in the acclaimed Audio Classics Series for Knowledge Products.
As a creative consultant for the Juice Plus+ Company for many years, Patricia has edited scripts for audio/visual presentations in various forms and languages, produced/directed audio CDs and DVDs of medical professionals from around the world, and proofed/edited sales and marketing materials. And, hers is the voice you’ll hear when you call the Juice Plus+ Company.
Long known as the female voice of public television in Nashville, she was selected by Rosetta Stone, the world’s #1 language acquisition software company, as a Standard American Female English Voice.
In addition to editing books for other authors, Patricia is currently working on her own book, compiling notes from many years of journaling, to share her thoughts on life, love, health, and spirituality.
Stay tuned here for excerpts from that book…

All contents on this site are © Patricia Childs, with the exception of excerpts, which have been credited to their original authors.